Who am I? Where I come from ? These are questions that many Americans ask themselves. Reasons for a hole or chasm in a person’s family tree may be because their ancestors migrated to the United States and documentation was lost, or because of lack of interest and/or or the death of those who had knowledge.

Since 1999, the Wilson-Cobb History and Genealogy Research Library has assisted those in the area and beyond with its extensive library, which includes workshops on genealogical research tools.

After being closed during the pandemic shutdown, on November 5 from 9 a.m. to 4 p.m., the library invites members and non-members to its in-person workshop featuring nationally renowned genealogist Drew Smith. The theme of the workshop is “Make your skeletons dance”.

New this year is the location of the workshop. It will take place at the Bassett Auditorium of the Roswell Museum, 1011 N. Richardson Ave. The event is limited to 100 people.

There will be four seminars during the day: “Organizing Your Genealogy Files”, “Using FamilySearch.org to Find Genealogical Records”, “Using AncestryDNA Today”, and “Crowdsourcing Your Brick Walls”.

Kay Lewis and her husband, George Lewis, are members of the library and help organize the event. Kay Lewis said the couple were also looking forward to attending the seminars.

“This is our first post-COVID comeback event. We have (contacted) people from Los Alamos, Portales, Amarillo, Las Cruces — we are sending flyers and packets to public libraries and all listed genealogical societies and sending them information about the workshop. Hopefully people will be willing to get out of the house and mingle with other genealogists and talk to people who are interested in the same things you are,” she said. .

Naturally, during the pandemic lockdown, many private and professional researchers focused on working online to find new clues about their families. Kay Lewis said that while much can be done online, some herd books with family trees and stories are out of print and have never been uploaded to a webpage. The only way to find these books is to come to the library with this information.

“This year people came to town to visit Roswell and they stopped here. They said, “We had relatives who lived in this area in the early 1900s,” so they came here and found out, oh, they lived in Hagerman. They find out they owned property in Lake Arthur, they worked in Dexter,” George Lewis said.

Asked how many books the genealogy library contains, George Lewis replied, “About 6,700 and over 2,000 periodicals. We have the Mayflower set and then there are family books where the family history was written. This goes back a long way too, many generations. The Queen (late Queen Elizabeth II) said her family goes back 37 generations. Some of them (the families featured in the books in the research library) go back just as much.

There are also new books arriving every month,” said Kay Lewis. Some books are given after the death of a genealogist, others are new. If they receive books they already carry, they often donate them to other libraries, such as the Hagerman Library, she said. .

Inquiring about what seminars Smith will be giving, Kay Lewis said: “Since we’ve been more established, we’ve been trying to get a nationally recognized speaker here. This is to help genealogists in Roswell and surrounding areas come and learn more about how to do their research.

One of the newest ways to research one’s ancestry is through a DNA test. Kay Lewis said that at first only a small number of “molecules” in genomes could be identified. Genomes carry all the genetic information of an organism. “With more technology and developments, they are able to do more and more, like going from 37 to hundreds of them,” she said. “So they can get more information about people. We have to remember one thing about genealogy and DNA, DNA is a tool. It’s not the end of your search, it’s just a tool for your search.

“Supposedly, a child gets 50% of the genetic makeup from the mother, 50% from the father. It means that there is 50% (of the mother and 50% of the father) here that they do not receive… . You never know what the mix would be. The only people who have the same makeup are (identical) twins, not fraternal twins,” Kay Lewis said.

According to Wikipedia, DNA testing kits were made available to individuals starting in 1997. After the International Society of Genetic Genealogy was established in 2005 to promote the use of DNA testing in genealogy, several companies appeared on the field targeting people who wanted to know more about their family roots. Over the years, some companies have specialized in helping to find relatives and ethnic backgrounds, others in providing information on maternal and paternal lines and potential trends in diseases that may arise during of life. Some were reliable, some were not. Others shared information with law enforcement, who were then able to find suspected criminals. Today, the accuracy is still very controversial because it depends on who participates and makes their own DNA available to others.

George Lewis said Smith has sent in his notes on the four seminars he gives and attendees will receive a booklet containing the notes.

According to his biography, Smith has been in the research field most of his life. He has been a librarian in the Department of Research and Teaching at the University of South Florida Library in Tampa since 2007. Prior to that, he taught at the School of Library and Information Science at the same university. . He has taught undergraduate courses in library/internet research skills and web design, as well as graduate courses in genealogical librarianship and indexing/abstracting.

Smith’s interest in genealogy began in early 1992, after the death of his favorite aunt.

He soon became a volunteer with the America Online (AOL) genealogy forum and within a few years was writing regular genealogy articles, which he continues to this day. Smith is the immediate past president of the Florida Genealogical Society of Tampa, having served in that role for nine years. He was director of the Federation of Genealogical Societies from 2008 to 2013 and secretary of the Association of Professional Genealogists from 2010 to 2011. In 1996, Smith founded the GENEALIB mailing list for genealogical librarians, and he continues to administer it for nearly 1,000 subscribers. He is currently the administrator of many genealogy-related groups on Facebook, including The Genealogy Squad.

Smith is also a published author. A book he co-wrote with fellow researcher George G. Morgan. Morgan was the speaker at the 2018 Roswell workshop of the Willson-Cobb History and Genealogy Research Library.

Smith’s most recent book is “Organizing Your Genealogy: Strategies and Solutions for Every Researcher,” published in 2016 by Family Tree Books. He is currently working on a new book.

George Lewis said the workshop will be like a “party” with door prizes, with several breaks for refreshments as well as a lunch break. There will also be a vendor specializing in genealogy books.

Tickets are available at the library, 301 S. Richardson Ave., and at the Roswell Museum on the day of the event between 8:30 a.m. and 9 a.m. 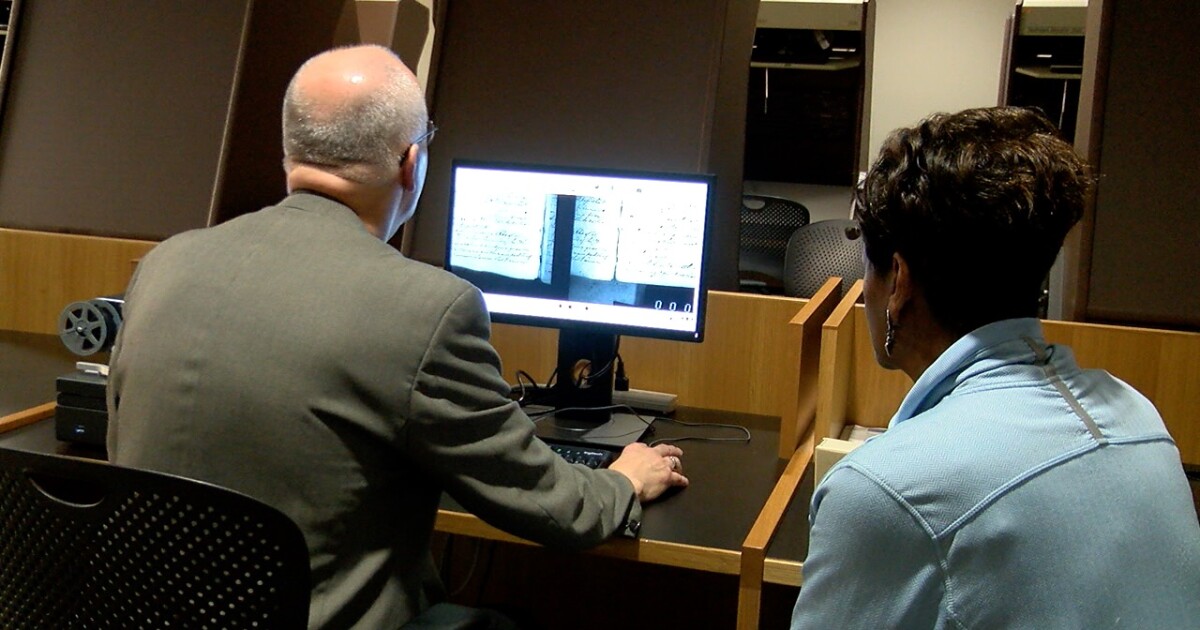 The best way to keep genealogy research in assisted living? 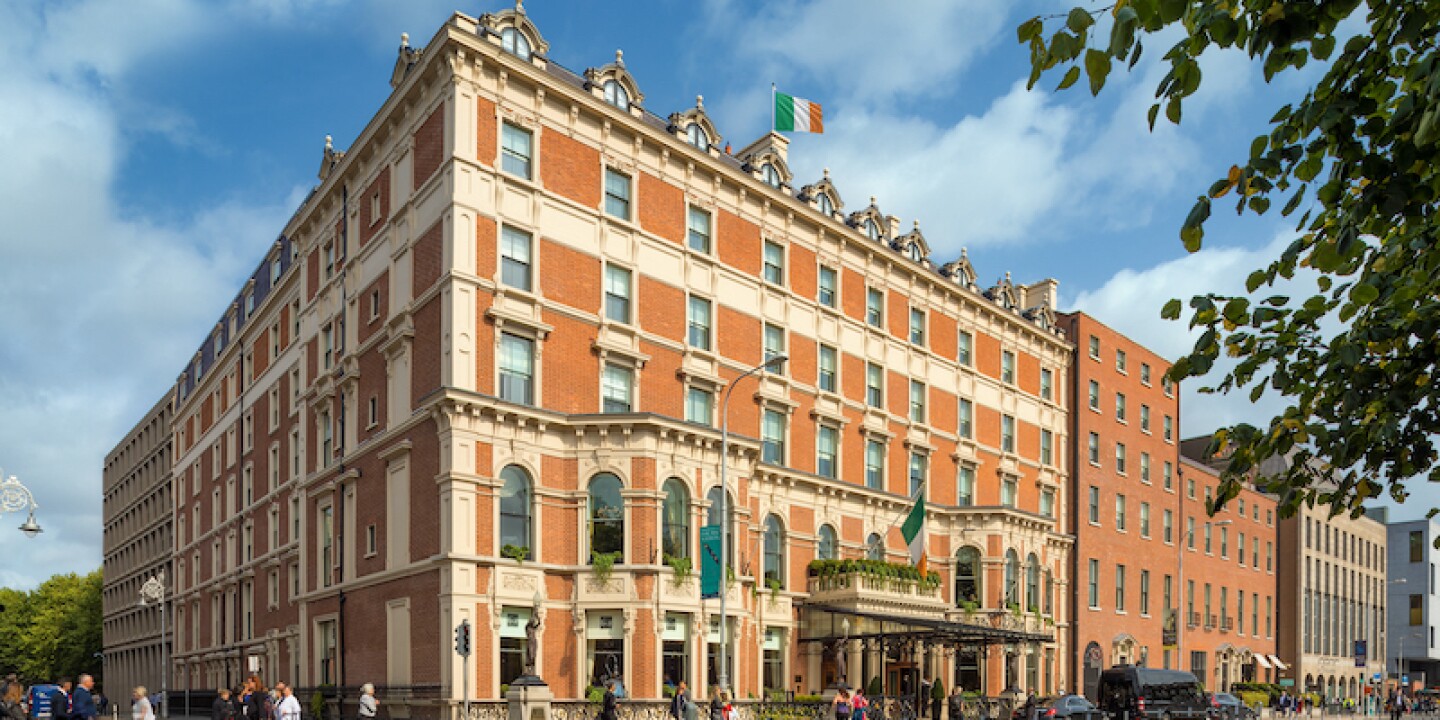 At Dublin’s Shelbourne Hotel, a genealogy butler can trace your Irish roots