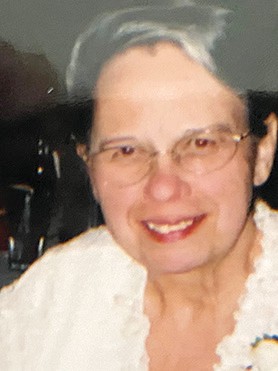 MarDell Kendall died in Fresno on August 11, 2022. She was born to Herman and Jettie Bean on January 22, 1941 in Whittier, California.

She spent most of her childhood in Running Springs, California with her younger brothers, Greg and Gifford Bean.

After graduating from high school, she went to the University of California, Santa Barbara and earned a degree in history.

She married Chris Kendall on May 1, 1965. They had three children: Lori, Bonnie and Daryl. They lived in Simi Valley, Long Beach, Santa Barbara, Running Springs and Mariposa.

(now called CKC Laboratories, Inc.). The company has just celebrated its 50th anniversary. The head office has been in Mariposa since 1982.

MarDell was predeceased by her husband, Chris Kendall, her son, Daryl Kendall and her brother, Gifford Dale Bean.

MarDell’s greatest joy was her love for God and her family. She tried to go to every game her grandchildren played.

She also did extensive genealogical research and discovered that she and her husband had a common ancestor in the 1600s.

Funeral services will be held August 20 at 11 a.m. at the Stratford Evans Funeral Home in Merced.

Burial will be in Santa Barbara Cemetery.