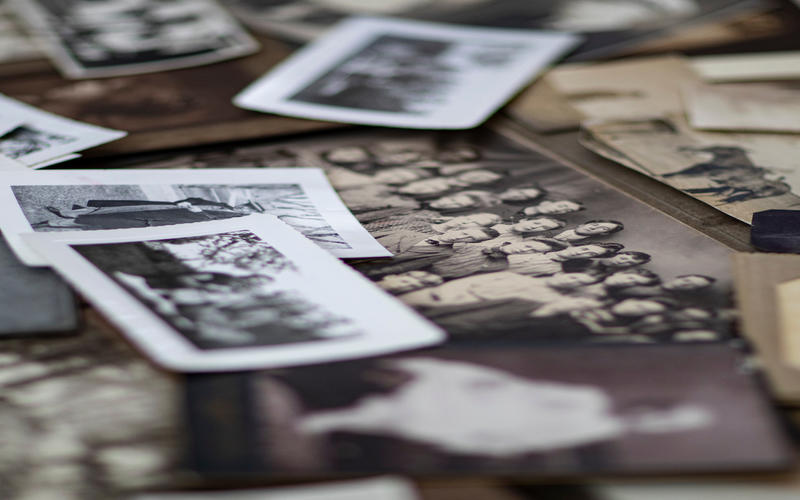 People’s fascination with genealogy is nothing new, but modern biology has apparently made possible an exact breakdown of the DNA of our ancestors. Besides the questionable accuracy of some of these ancestry reports, what this cultural phenomenon reveals is a deep-seated thirst to be able to tell a story about ourselves. But this history is almost inevitably a selective account of our past rather than an accurate representation of our biological history, writes Eviatar Zerubavel.

Why do we think of Barack Obama as a black man with a white mother rather than a white man with a black father? What are the implications of knowing, as we now know, that chimpanzees are genetically closer to humans than to gorillas? Why did the Nazis believe that unions between Germans and Jews would produce Jews rather than Germans? Are sixth cousins ​​still part of the family?

In order to address, much less answer, such questions, we must first examine our indisputably social views of genealogical kinship. What we need, in other words, is a sociological understanding of ancestry and descent.

As evidenced by the great popularity of the television series “Who Do You Think You Are?” and the dozens of websites and software designed to help people build their family trees and discover previously unknown ancestors and relatives, we certainly have a huge fascination with genealogy. Every day, thousands of “roots seekers” scour libraries, cemeteries, and the Internet in an effort to quench their “seemingly insatiable thirst for tracing bloodlines.”

Despite the modern meritocratic rise of the autodidact, who we are still depends, at least in part, on who we descend from.

Such a deep obsession with ancestry – known as progonoplexy – is by no means a decidedly modern fad. Indeed, it goes back thousands of years to Hesiod Theogony and the Bible. Nor is it a specifically Western phenomenon, as evidenced by various forms of ancestor worship around the world. Traditionally aristocratic, it is nevertheless becoming more and more democratic. In recent decades, the range of Americans showing an interest in genealogy, for example, has clearly widened “from those claiming descent from the Mayflower or Southern aristocrats, to include descendants of slaves and African immigrants”. Our current fascination with genealogy has also been stimulated by the growing popularity of genetic ancestry testing.

Not only has genetics improved our awareness of hereditary disease risk as well as the ability to piece together national histories and establish paternity, it has also spurred the rise of recreational genomics. Dozens of companies now offer genetic ancestry tests that allow us to measure our genealogical closeness to distant relatives, define ourselves ethnoracially in terms of fractional and seemingly precise amounts of Europeanness, Africanness, and Asiatism, as well as to trace the ancestor or Paleolithic ancestor from whom we are believed to be descended. Indeed, genetics can now essentially “demolish or affirm a family’s most cherished beliefs and stories with just a little saliva and a cotton swab.”

Our ancestral origins affect not only how others see us, but also how we perceive ourselves. Indeed, knowing who our ancestors were is fundamental to our sense of who we are.

As manifested in such identity labels as “Italian-American” or “a Kennedy,” despite the modern meritocratic rise of the self-made individual, who we are still depends, at least in part, on who we descend from. Thus, throughout the Muslim world, for example, the descendants of the Prophet still bear the honorary title direyid Where sheriff. Similarly, in the United States, a so-called quantum of Indian blood formally indicating a person’s degree of Indianness in terms of a fraction of Native American ancestry still forms the official basis for federal recognition as as “Indian” as well as the primary criteria for belonging to Native American tribal nations in particular. This is the context in which a person is officially defined as “seven thirty seconds Cherokee, two thirty seconds Kiowa and two thirty seconds Choctaw”, and words like pure blood, mixed blood, pure bloodand metis are still commonly used as identification tags resembling names.

Moreover, our ancestral origins affect not only how others see us, but also how we perceive ourselves. Indeed, knowing who our ancestors were is fundamental to our sense of who we are.

This explains the attachment of the diasporas to their ancestral homelands, as evidenced by the particular feelings of African Americans towards Africa, the deep historical ties of the Jews with the land of Israel and the journeys of “return” (this is i.e. the genealogical or “roots” tourism of Americans, Canadians and Australians of Irish and Scottish descent in Ireland and Scotland.

It also highlights the tragic plight of most American descendants of African slaves, who know so little about their ancestral past. When trying to trace their ancestors, they usually come up against a “genealogical brick wall” because their African ancestral lines”[run] dead ends in this mysteriously dark mausoleum called slavery.” No wonder so many African Americans choose to undergo genetic ancestry testing.

Their situation also resembles that of the children of anonymous sperm donors, who have no genealogical context in which to “make sense of themselves”. People who experience such a “genealogical void” often have serious identity problems, because “our psychological integrity depends very much on … the extent to which we feel connected to our genealogical roots”.

Like not having a navel, the very embodiment of our genealogical roots, not having a sense of ancestry is tantamount to being “thrown on [a] sea ​​of ​​oblivion without kinship. This explains why removing a person’s name from their family’s genealogical records was once one of the most feared punishments in China. It also explains the identity crisis often caused by the realization that one has indeed been adopted, and the quest of many adoptees to find their “real” parents. Being cut off from their ancestral past, they often experience genealogical “bewilderment” and deprivation leading to the deep sense of existential emptiness captured in the following testimonies¨

I don’t feel like I know who I am. … [T]e fact that you don’t know who you are stays with you for life. … I always feel like I don’t have an identity. I don’t think anyone can appreciate it if they haven’t experienced that emptiness.

I stand in front of the mirror and ask, “Who am I?”

As illustrated in a book subtitled “A Quest for Wholeness” which describes children who have been separated from their “natural clan” as having much of their identity missing, it’s no wonder adoptees are sometimes considered incomplete.

New revelations about the identity of our ancestors could even change the way we think about ourselves. (Such revelations, Sarah Jessica Parker claims, “changed everything about who I thought I was. Everything.”) And while they often lead to good surprises, they can also lead to big disappointments, just like the test. of genetic ancestry that ended Oprah Winfrey’s life. fantasizes about his Zulu origins. Some geneticists even recommend that people undergoing such tests have access to identity counseling. Such “genealogical epiphanies” also affect how we experience newly revealed “genealogical others.” Particularly disorienting in this regard are the newly revealed parents and offspring, as so evocatively captured, for example, by Sophocles in “Oedipus the King.”

The theorizing of kinship in genealogical terms should not, however, be strictly limited to human ties. After all, as Charles Darwin first realized, the entire natural system is in fact “descendant-based” and therefore “genealogical in arrangement.” Genealogical connectedness is, in fact, “the linchpin of evolution”, which is “first and foremost a genealogical process”.

Indeed, long before we even knew about organic evolution (or genetics, for that matter), we were already considering our genealogical ties to our ancestors as well as our relatives in terms of blood, making them more natural. As a result, there is also a tendency to consider the essentially genealogical communities which are based there (families, ethnic groups) as natural communities, organically delimited.

Yet nature is only one component of our genealogical landscape. Culture also plays a critical role in how we theorize and measure genealogical kinship. Not only is the undoubtedly social logic of considering such a relationship quite separate from the biological reality it is meant to reflect, it often goes beyond it, as when some ancestors obviously matter more than others in how we determine kinship and ethnicity. Kinship is therefore not a biological given but a social construct. Not only are genealogies more than mere reflections of nature, but they are also more than mere records of history. Rather than just passively documenting who our ancestors were, these are the stories we construct to make them our ancestors.

As such, they often involve deliberate manipulations as well as actual distortions of the historical realities they are meant to document. By selectively highlighting certain ancestors (and thus also our connections to other individuals or groups presumably descended from them) while ignoring, downplaying or even outright deleting others, for example, we tactically expand and shrink genealogies to take into account personal and collective strategic agendas. of inclusion and exclusion. The way in which we construct genealogies therefore tells us as much about the present as about the past.

This article is an edited excerpt from the book Ancestors & Relatives by Eviarar Zerubavel from Oxford University Press, reprinted with permission from the author. 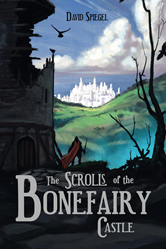